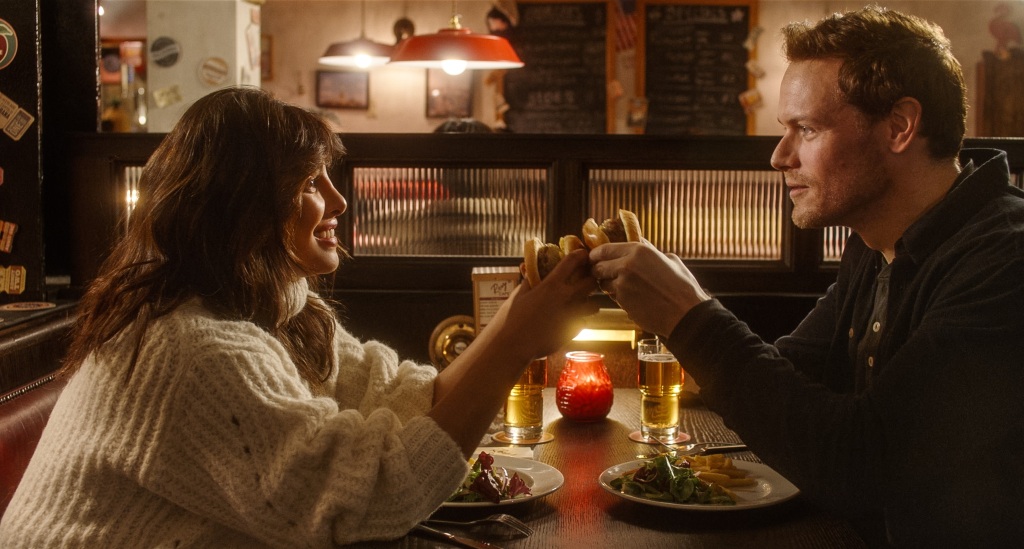 Sony has moved Love Again, the romantic comedy starring Priyanka Chopra Jonas, Sam Heughan and Celine Dion, to May 12, 2023. It previously had a released date of February 10.

Logline for the Jim Strouse-directed movie: What if a random text message led to the love of your life? Mira Ray, dealing with the loss of her fiancé, sends a series of romantic texts to his old cell phone number…not realizing the number was reassigned to Rob Burns’ new work phone. A journalist, Rob is captivated by the honesty in the beautifully confessional texts. When he’s assigned to write a profile of megastar Celine Dion (playing herself in her first film role), he enlists her help in figuring out how to meet Mira in person…and win her heart.

Dion also has several songs in the film.

Meanwhile, there’s a new cut of the PG-13 Mark Wahlberg movie Father Stu, titled Father Stu: Reborn, which the Culver City studio is putting in theaters on December 9 — a weekend sans any major wide releases. Originally released over Easter weekend, Father Stu made close to $21 million stateside. The original movie was rated R; this one is PG-13.