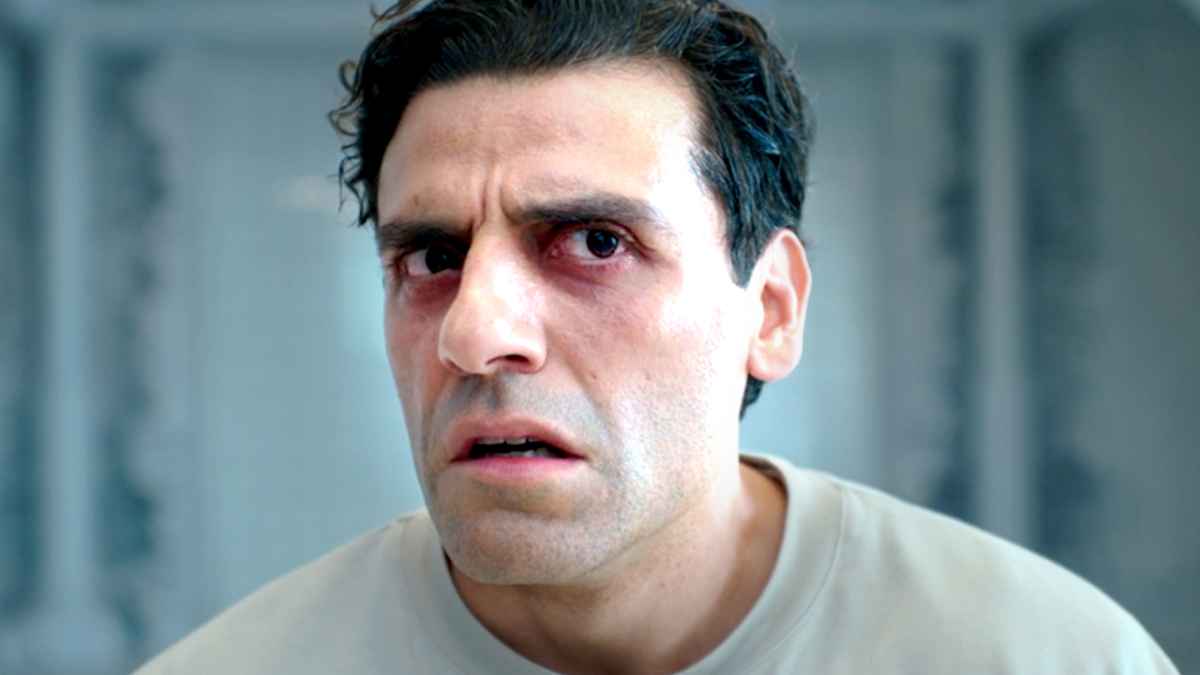 Oscar Isaac is a flirtatious dude with a great sense of humor. From his steamy moment on the red carpet with Jessica Chastain last year, to the “cock sock” he gave to Denis Villeneuve as a gift after filming his nude scene in Dune, it’s pretty clear that he is both flirtatious and fun, with a sexual sense of humor, and he’s not afraid to talk about it. This sense of humor was firing on all cylinders recently when the Moon Knight actor referred to himself as a “cock tease.” Now, after hearing this, the internet has some thoughts.

While in an interview about his new comic book Head Wounds: Sparrow with Collider, Isaac was asked about the possibility of a Season 2 for Moon Knight. This is a topic that even if he does know something, he can’t talk about it. For years now, all upcoming Marvel projects have been shrouded in secrecy, however, they are also hot topics. When asked about them, some actors aggressively and hilariously deny the rumors (I’m looking at you Andrew Garfield), or straight up give away spoilers (cough, cough Tom Holland and Mark Ruffalo), or go the boring route and just say I don’t know. Meanwhile, Oscar Isaac is saying things like this:

I had to watch this to see if he actually said that and lo and behold https://t.co/JF6acJWXwr pic.twitter.com/Cn3SDogjYMOctober 27, 2022

Yes, you heard that right. When asked about adding a second season of Moon Knight to the list of upcoming Marvel shows, rather than just saying ‘I don’t know,’ Isaac gave a very Oscar Isaac response, calling himself a “cock tease.”  While it was funny, many people of the internet pointed out how he could have answered, like @chismosavirus who tweeted:

Some fans were super shocked by how Isaac responded to the question, commenting funny photos like this one from @kirksburner8:

Others weren’t as surprised, and had hilarious responses to the Isaac’s tease, like @buggis6027 who tweeted:

And finally, to round out the hilarious, and opinionated, responses to Isaac’s sexual way of saying ‘I don’t know,’ @heilthenimon tweeted:

Could he have just said, “I don’t know,” like the Moon Knight showrunner when asked about the character joining the Avengers? Yes, he could have. But, what fun would that be? These Marvel stars spend a lot of time squirming around questions they can’t answer, and I appreciate Isaac’s sense of humor about it all. I also don’t think it’s all that surprising he responded in this way, because he has an extremely flirtatious and sexy track record.

I’m sure we’ll get more funny responses like this from Isaac in the near future, as he’s part of the Spider-Man: Across The Spider-Verse cast and has a few other projects in the works. However, while we wait for more hilarious and sometimes shocking answers from the actor, you can go back and watch the Marvel projects in order, including his show Moon Knight, with a Disney+ subscription.

Montreal TikTok star dances her way into Ubisoft’s ‘Just Dance 2023’
13 Best Boot Socks For Men For All Seasons 2022
Stocks making the biggest moves after hours: Salesforce, Snowflake, Costco, Five Below and more
The Forever Witness
How to Level Up Your Look With KK & Jay