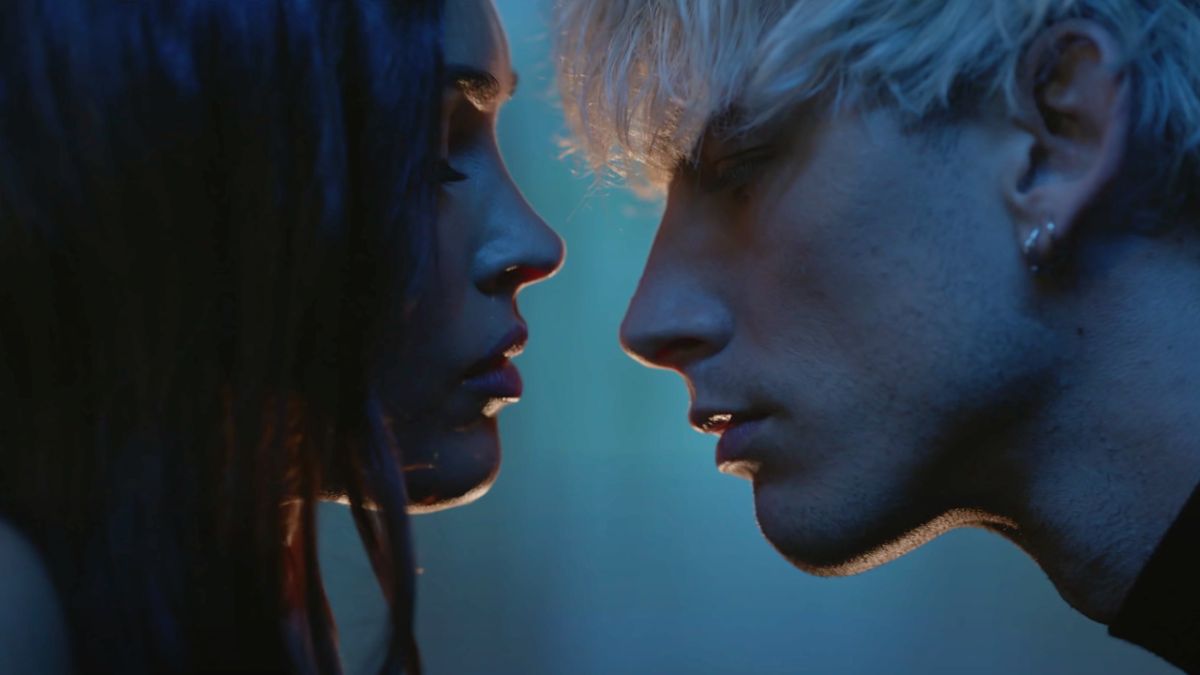 It’s officially November 1st. And while Mariah Carey’s Christmas powers are growing, some of us are still recovering from all the spooky fun of Halloween. This includes celebrities, many of whom have gone viral for their costumes. Megan Fox and Machine Gun Kelly are currently in hot water over their priest/nun costumes, shortly after dressing up as Pam Anderson and Tommy Lee.

Megan Fox and Machine Gun Kelly are constantly going viral, mostly due to the unconventional way that they show affection for each other. Obviously this applied to their Halloween costumes, with the couple first going viral as MGK seemingly snorted cocaine off of Fox’s breast when they were in character as Pam and Tommy. But that’s not the only racy costume that the couple put together, sharing their priest/nurse look on Instagram. Check it out for yourself below,

Well, that wasn’t exactly subtle. Machine Gun Kelly and Megan Fox are constantly showing how attracted to each other they are, so their Halloween looks are unsurprisingly racy. Although some folks online have been sharing their disappointment over the celebrity couple’s super sexual take on Christian imagery

The above image comes to us from Megan Fox’s personal Instagram account, which has a reputation for sharing updates on her relationship with Machine Gun Kelly that quickly go viral. Indeed, she’s got a whopping 20.7 million followers on the social media outlet. But as previously mentioned, people are voicing their disapproval of this series of images in the comments section. One such commenter posted:

Looks like Megan Fox and Machine Gun Kelly have offended some people out there over their pair of Halloween costumes. While a priest or nun have been common costumes long before this celebrity couple put their spin on it, it’s presumably the sexual nature of the images that are really offending people. Another commenter offered their two cents, specifically referencing how both MGK and Fox are parents. As they posted:

Indeed, there were a lot of comments on Megan Fox’s steamy post with Machine Gun Kelly that pointed out that the two of them were parents. On top of offending religious people, that seems to be the smoking fun for a number of folks weighing in on social media. MGK’s daughter was born in 2009, while Fox has three kids with ex Brian Austin Green. Another commenter offered:

While Megan Fox is known for clapping back at haters on social media, she seemingly hasn’t weighed in on the various commentators who took umbrage with her pair of racy Halloween costumes opposite Machine Gun Kelly. Although given their penchant for outrageous signs of love, smart money says another viral image will arrive online before we know it.

Machine Gun Kelly and Megan Fox both have movies coming out soon, with the latter involved in the Expendables franchise. In the meantime, check out the 2022 movie release dates to plan your next movie experience.