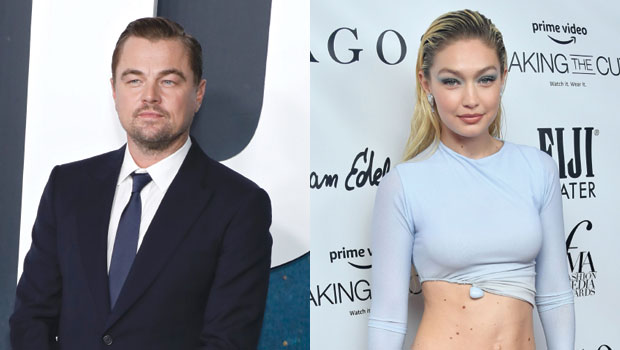 Gigi Hadid, 27, and Leonardo DiCaprio, 47, are giving off relationship vibes. Photos have now surfaced of the duo hanging out at a New York Fashion Week afterparty, and they’re looking pretty cozy. In photos, which you can SEE HERE via the Daily Mail, the Romeo + Juliet actor and the supermodel can be seen leaning in to chat amid a busy and darkened party atmosphere. Gigi appeared to be wearing a white tank crop top and oversized jeans, while Leo looked to be rocking a dark shirt.

It was previously reported by Us Weekly that the Saturday, September 10 party was heavily attended by celebs, including Venus Williams and Ben Simmons, among others. It only took days for rumors to swirl that the duo are dating. According to the Daily Mail, the bash was thrown by Leo’s pals Richie Akiva and Darren Dzienciol at hotspot Casa Cipriana in the Soho area of Manhattan.

The photos heighten already red hot speculation about them, and come amid Leo’s recent split from girlfriend of four years Camila Morrone, 25, just weeks ago. “Leo is definitely pursuing Gigi,” a source told People magazine. Another said they famous duo are “getting to know” each other but are not “dating” per se. Per the outlet, a third source said they’ve been hanging out with “groups,” noting that “It’s only been a few weeks since the split [between Leo and Camila]. Since then, he’s been hanging out with friends and family.”

If Leo and Gigi pursue a romantic connection, it would be the supermodel’s first since she and baby daddy Zayn Malik went their separate ways back in October. They share baby daughter Khai, 2. A source told Us Weekly in June that the former couple are “coparenting” and “making it work.”

“They’re not living together, but Zayn visits Gigi and Khai at the farm in Pennsylvania a lot when they’re there,” the insider said. “They like to spend time away from the city because it’s more safe, quiet, and exclusive.” And while noting that “coparenting comes with certain challenges and ups and downs,” they added that the famed exes continue “doing the best they can to make it work.”

How Bryan Lourd became one of the most powerful people in the history of Hollywood
Hua Hsu immortalizes a friendship cut tragically short
‘The IRS is not the boogeyman.’ Here’s what to do if you still can’t pay your taxes
Waterfront Invigoration — Hong Kong Property Outlook 2022
Jackson Wiederhoeft Glides Through Fashion Week With Catnaps and Sewing-Party Camaraderie