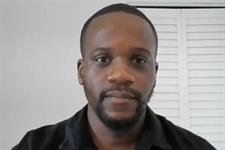 An adviser on charity policy to the former Prime Minister, Boris Johnson, has announced plans to run for Mayor of London.

Samuel Kasumu, who worked as special adviser on civil society and communities at Downing Street between 2019 and 2021, outlined his plans in a piece for the website Conservative Home.

Kasumu said that if he became mayor he would focus on community issues such as social cohesion and the impact of climate change, alongside work to address crime and cut wasteful spending.

Kasumu quit as an adviser to Johnson in April last year, the day after a controversial government report sought to downplay concerns about structural racism in the UK.

He later told The Guardian newspaper he was concerned some people in the Johnson administration wanted to “exploit divisions” within society for political gain.

Earlier this year, speaking at an event hosted by the think tank NPC, Kasumu said it was “pure fallacy” for charities to believe that the government did not want a strong relationship with the sector.

He said: “The majority of people in government are very keen, from my experience, to have a relationship with civil society.”

The next London mayoral election is in May 2024. The Conservative Party has not yet started the process of selecting a candidate.