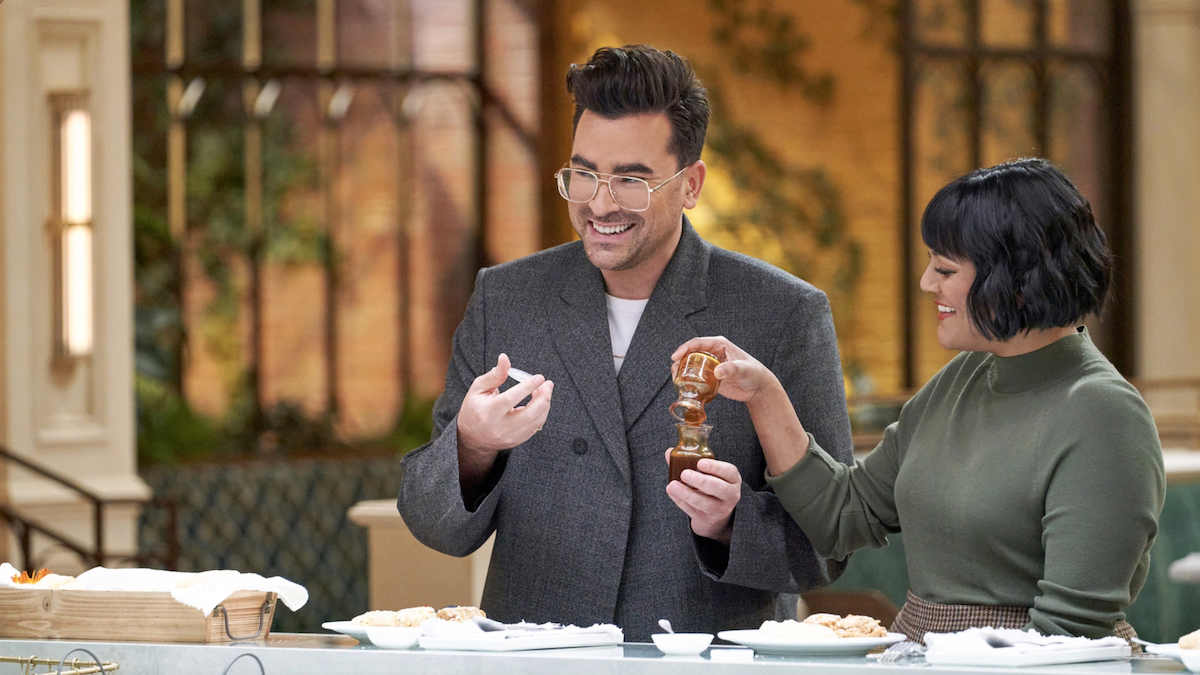 If you’ve ever wanted to have brunch with Dan Levy, now’s your chance: the comedian is set to host a new cooking competition show called The Big Brunch for HBO Max, and the first photos from the series have been revealed.

Cooking competitions galore, but The Big Brunch centers on “one of the most versatile, yet underrated, dining experiences.” The series’ eight-episode first season pits 10 chefs against each other for a sizable cash price of $300,000. Levy, who created and executive produces the show, judges the competition alongside chef Sohla El-Waylly and restaurateur Will Guidara. Andrew Fried, Dane Lillegard, Sarina Roma, and Faye Stapleton also serve as executive producers.

Dan Levy’s The Big Brunch will premiere its first three episodes on HBO Max on November 10th. Another three episodes will drop November 17th, and the final two begin streaming November 24th. Check out photos from the set of the show below.

It’s been a big year for Dan Levy. The Schitt’s Creek star recently joined the cast of Sex Education Season 4, and he’s also slated to appear alongside The Weeknd and Lily-Rose Depp in Sam Levinson’s upcoming drama The Idol.