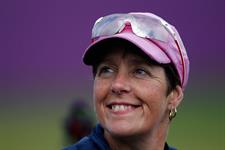 The government has appointed a Paralympian as the Welsh member of the Charity Commission board.

The Department for Digital, Culture, Media and Sport said Pippa Britton, who competed in two Paralympic games as an archer, was joining the regulator’s board for a three-year term.

She is vice-chair of Sport Wales and of Aneurin Bevan University Health Board, and is a member of the board of the British Paralympic Association.

Britton has previously been vice-chair of UK Anti-Doping, where she was chair of the audit and risk committee and has held other roles including chair of Disability Sport Wales and a board member of Archery GB.

“She uses her lived and professional experience to contribute towards her passion of improving equity and inclusion, all with wellbeing and fairness at the heart,” a DCMS statement said.

Britton’s appointment will begin on 26 September and she will be paid £350 a day for an expected 24 days’ work per year.

Orlando Fraser, chair of the Charity Commission, said he “could not be more pleased” about Britton’s appointment.

“Pippa has not only represented Wales at an elite level in sport, including as a Paralympian, but has since gone on to have a distinguished career in world sports regulation, as well as in the Welsh public and charitable sectors.

“I look forward to working with her in Wales, and elsewhere, as we continue to build an expert Charity Commission.”

The DCMS also announced that Joanne Prowse, who has been on the commission’s board since November 2019, would have her term extended for a further 15 months to March 2024.

Neither the DCMS nor the commission were able to explain why the term had been extended by such an amount rather than the usual three-year terms that are granted to board members.

Prowse, who chairs the regulator’s remuneration and appointments committee, is chief executive of the regulator the Phone-paid Services Authority.

That Time Johnny Depp’s New Girlfriend Actually Represented Meghan Markle
Charities told: now is the ‘perfect moment’ to press corporates on social action
Teens, Acne, and Body Hair
The Bestselling Books of the Week, According to NYT, USA Today, Publishers Weekly, and Amazon
20 Of The Best Undershirts For Men To Build Out Your Staple Wardrobe (Updated 2022)