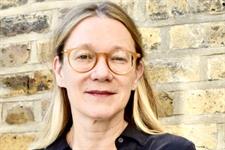 A senior Save the Children campaigner has been appointed as the boss of an anti-poverty advocacy charity.

Arie will succeed Aaron Oxley, who is leaving Results UK after 13 years as chief executive.

Oxley said he was relocating with his family to Sweden and would use the time for a “stocktake” of his career.

Arie told Third Sector she was joining Results UK “at a time when its mission, to end poverty, could not be more important”.

She described the charity as “an advocacy powerhouse”, and said: “It has a hard-wired belief that transformational change is possible through advocacy. And that is what I believe, so it is a good fit.”

Results UK has raised £8m in the past four years to build networks campaigning against global poverty, according to the latest data from the Charity Commission.

8 of the Best Horror Books by Latine Authors You Can Read
KEMPA COLLECTION: Private, Exclusive Villas for Discerning Guests
Feral City
Most Popular Comic Book Superhero by State
23 Of The Best Minimalist Wallets That Will Keep Your Pockets Modern And Slim (Updated 2022)