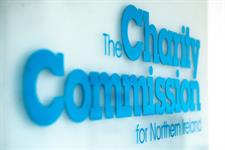 The Charity Commission in Northern Ireland has contacted a charity over allegations of pro-terrorist chanting at one of its events.

The regulator was responding to reports that crowds chanted their support for the IRA during an event hosted by Féile An Phobail, a Belfast-based arts charity.

The brother of an IRA bombing victim complained to the commission as well as the police, according to media coverage.

Concerns were also raised after events hosted by the charity in 2019, the Belfast Telegraph reported.

A spokesperson for the regulator said: “The Charity Commission for Northern Ireland can confirm that it is in touch with the charity trustees of Féile An Phobail Limited regarding the issues which have been raised.

“This discussion is ongoing and is in response to the matters which have been highlighted in the press and received by the regulator directly.

“The commission cannot speculate or comment on a case while it is ongoing. This is because the commission is a proportionate and fair regulator of Northern Ireland charities and, as such, would not wish to prejudice any current or potential investigation.”

Féile An Phobail did not respond to a request for comment.

A haunted house story like no other
CA Gov. Newsom Signs Rap Lyrics Bill, Meek, YG, Too Short and More Support
Lego sales jump 17% in first half of 2022, boosted by Star Wars and Harry Potter sets
Listen to billy woods’ New Album Church
John Stamos Recalls Having Dinner With Tom Hanks Right Before He Was Set To Play Walt Disney And What Should Have Tipped Him Off