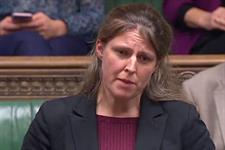 Rachael Maskell, the shadow minister for civil society, has called for the application process for the next Charity Commission chair to be restarted with “all political interests” removed.

Speaking in parliament last week, Maskell said “government corruption is not restricted to this place” before raising the ongoing recruitment process for the next chair of the regulator.

“The public appointments process has led to a litany of political appointments, notably Tory peer Baroness Tina Stowell as the chair of the Charity Commission after the DCMS Select Committee rejected her appointment,” said Maskell.

“Her tenure was marked by political manipulation rather than independent governance.”

Maskell went on to note that John Booth, who has donated £200,000 to the Conservative Party, is part of the appointment panel for the position.

“Will the secretary of state recommence the appointment process, removing all political interests and ensuring full independence of the appointment panel,” she said before she was interrupted by the Speaker of the House for taking too long.

Nadine Dorries, the culture secretary, said in response: “The process is fair. It is overseen by the Commissioner for Public Appointments and a code of governance.”

The government indicated last month that leading candidates for the position of Charity Commission chair had been interviewed and a preferred candidate had been selected.

But no date has been announced for a pre-appointment hearing with the DCMS Select Committee, which is part of the appointment process.

The recruitment process for the position was started by the government in March.