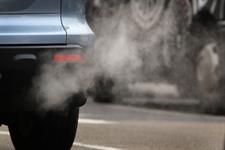 The charity sector must be more transparent and do more to reduce its carbon emissions and tackle climate change after a snapshot survey that suggests most charities are not committed to being carbon neutral.

A poll by the Charity Finance Group found that eight in 10 charities surveyed in October said they did not have a net zero objective and only 14 per cent said they reported on their carbon emissions.

While only 57 charities responded from about 1,500 members, the CFG said this was because many “are only just getting started on their net zero journey” and much more support was needed to decarbonise the sector.

More than one-third of the charities polled said they had had discussions with trustees about net zero and climate change that were prompted by perceptions of risk, the expectations of funders and the desire to operate more sustainably.

But when asked about the challenges of moving towards net zero, some respondents were not clear on where to start, what information was available and how a net zero strategy could be linked to charitable objectives.

One respondent said: “Not sure yet what we need to measure and how much that information is available.”

Another warned that, while trustees supported net zero ambitions, the initial costs needed to make the necessary changes were a barrier and many cited concerns about where the funding to decarbonise would come from.

One asked: “If it will cost money to implement net zero solutions and whether or not this will be counted as charitable spend?”

Some respondents also questioned the appetite of donors and those who look after charity investment funds.

“Grant-funders often want to support our core delivery work identified by our mission, but not in our back office. More efficient use of carbon is a double win for us, as it would likely reduce running costs also. But finding the ‘seed funds’ is challenging,” said another charity.

Richard Sagar, acting head of policy at the CFG, said: “Climate change and its effects are inextricably linked to global social justice, poverty and health. The charity sector understands this all too well and is keen to know how it can help to reduce its carbon emissions.

“Many charities are already taking bold steps to become more sustainable and reduce their carbon footprint.

“However, many more are only just getting started on the net zero journey.

“What comes across loud and clear from our snapshot survey and through conversations with our members is that much more support needs to be provided to the sector, from infrastructure bodies like ours, government, the regulator and the for-profit sector.”

Sagar said much more guidance was needed in areas such as emissions reporting, investment, pensions and procurement.

“We must be transparent and accountable in order to play our part,” he said.

“Although our sector’s emissions pale in comparison to that of many others, such as energy and agriculture, there is still much we can do to reduce our impact and respond to the climate emergency.

“Moving towards net zero is not just good sense, but an urgent moral imperative that the sector can and must lead on.”

CFG plans to publish a net guide at the beginning of next year that will set out the size of the challenge and provide practical advice for charities and social change organisations on how to move towards net zero in 2022 and beyond.