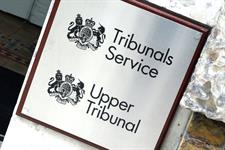 The government has pledged to consider introducing a 60-day time limit for the Attorney General to consider requests from the Charity Commission to refer matters to the charity tribunal.

It comes after the regulator waited almost four years for the government to ultimately reject its request for the tribunal to consider the governance arrangements of the Royal Albert Hall.

In a House of Lords debate about the Charities Bill yesterday, the crossbench peer Lord Etherton put forward an amendment saying that if the Attorney General had not made a decision within 60 days of receiving a consent request from the commission, “authorisation will be deemed to have been given”.

Responding for the government, Lord Parkinson of Whitley Bay, who is a minister at the Department for Digital, Culture, Media and Sport, said: “Imposing a 60-day time limit on that decision to give or withhold consent is a suggestion that requires due consideration.”

It came after the Conservative Lord Hodgson of Astley Abbotts urged peers to consider the amendment he put forward to remove entirely the requirement for the Attorney General’s consent to be given in such cases.

Hodgson said the requirement undermined the commission’s authority and independence.

He told peers that there had been just three instances of the regulator making referrals to the charity tribunal, which indicated that the regulator only rarely attempted such action and only “on the most important issues”.

The Conservative peer Baroness Stowell and the Liberal Democrat peer Baroness Barker both supported Hodgson’s amendment, but Parkinson said: “The Attorney General’s consent function does not undermine the regulator’s role; rather, it supports and complements it by ensuring that referrals are made to the tribunal only where there is a clear public interest in doing so.

“That is why the government cannot support the amendment and why I hope my noble friend will withdraw it.”

Hodgson agreed to withdraw his amendment.

The bill, which is at the report stage and has its third and final reading in the House of Lords still to come, will need to go through the House of Commons before becoming law.