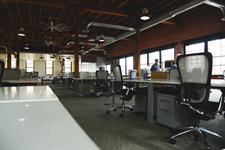 A quarter of charities lost at least 40 per cent of their income from 2019 to 2020 as the coronavirus pandemic hit, researchers have found.

The paper, from David Clifford and John Mohan of the Third Sector Research Centre at the University of Birmingham and Alasdair Rutherford of the University of Stirling, is based on data from 50,000 charities that have filed returns with the Charity Commission for financial years ending after March 2020.

The report says that a “typical charity reporting after April 2020 experienced a 15 per cent real-terms reduction in income” compared with the previous year.

It says that a charity at the 25th percentile experienced an income reduction of more than 40 per cent, meaning that one quarter of organisations lost two-fifths of their income from 2019 to 2020.

“These are figures of a different order of magnitude than experienced at any point in the past 20 years,” it says.

It says long-term trend data on charity finances “shows conclusively that the experiences of organisations in the early phases of the pandemic were significantly worse than at any other time for which we have had that data”.

Small organisations have been the hardest hit, according to the research.

The paper says that in a typical year in the decade before the pandemic struck, about 15 per cent of charities in England and Wales had spending of at least 25 per cent more than their income.

For organisations with annual incomes of £10,000, this has typically been between 20 per cent and 25 per cent since 2010, but the figure jumped to more than 30 per cent last year.

The paper also says the change in the level of charities’ incomes in financial years ending in 2020 are “highly distinctive” in comparison with the change in other years.

It says the effects are much worse than those of the global recession of 2008.

“Notably this is a much more sizeable annual decline in income than those annual declines associated with the Great Recession and subsequent period of public spending austerity.

The paper is part of an ongoing project that aims to measure the effects of the Covid-19 pandemic on the voluntary sector.