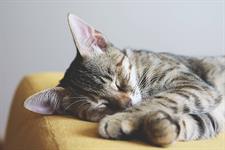 The Charity Commission has written to the trustees of an animal charity after claims were made that it acted improperly in its pursuit of private prosecutions.

Manchester Crown Court judge Nicholas Dean criticised Animal Protection Services earlier this month after finding dozens of pet owners might have suffered miscarriages of justice after being unfairly prosecuted by the charity and Parry & Welch, a law firm it worked with.

A report in The Times newspaper said concerns were raised when cases against two defendants charged with unlawfully selling pets were stopped and the judge said the prosecutions were an abuse of court process.

The charity has previously denied any allegation that it had acted “improperly or maliciously” and said it was considering legal action against Parry & Welch.

A spokesperson for the commission said: “We are aware of recent concerns around Animal Protection Services.

“We have contacted the trustees for further information on this issue and cannot comment further at this time.”

The judge said the private prosecutions brought by the charity and its law firm were pursued “with no evidential basis” and “for wholly improper reasons and purposes”.

He said the charity and its lawyers had used a “perverse interpretation” of the law to bring charges in cases where “no one could properly conclude that there were realistic prospects for conviction”.

The ruling also highlighted that in the two separate cases, prosecution evidence involved “near-identical” two-page witness statements that had been submitted by an employee of the charity, which the judge said “must have been copied and pasted from other statements”.

The judge also accused the charity of avoiding a jury trial in the Crown Court as a way to “avoid judicial scrutiny of their decisions and actions”.

In response to the allegations, the charity released a statement on its website last week.

It said: “We strongly deny any allegation that we have acted improperly or maliciously. We maintain that the CPS Full Code Test was considered and met in all cases.

“We are not lawyers, but rather private animal welfare investigators, and therefore rely on the support of the qualified legal professionals to conduct our criminal proceedings.

“In light of the circumstances, however, we will be conducting an internal review of our investigative processes.

“We will co-operate fully with any regulatory investigation to address any concerns.”

It said it was also considering civil proceedings against its previous legal advisers Parry & Welch.

A report in The Times newspaper at the end of last week also revealed that Jacob Lloyd, who runs the charity, ​​changed his name after being convicted of a criminal offence.

Additional reporting by the Lancashire Post found a woman who was falsely accused of masterminding an illegal puppy farming operation across Lancashire by the charity.

Heather Youngs said she was “driven to the point of suicide” by the allegation.

Lloyd said: “The issue of a conviction is a personal matter therefore as a charity APS will not comment in detail on that, other than the conviction is historical, relevant to animal welfare, and committed as a juvenile.

“It does not influence our decision making and, as a protected conviction, does not render me as being unable to serve as a trustee in accordance with the Charity Commission guidelines.

“In relation to Heather Youngs or any other case, we cannot comment at the moment due to ongoing civil litigation with our previous legal advisers.”