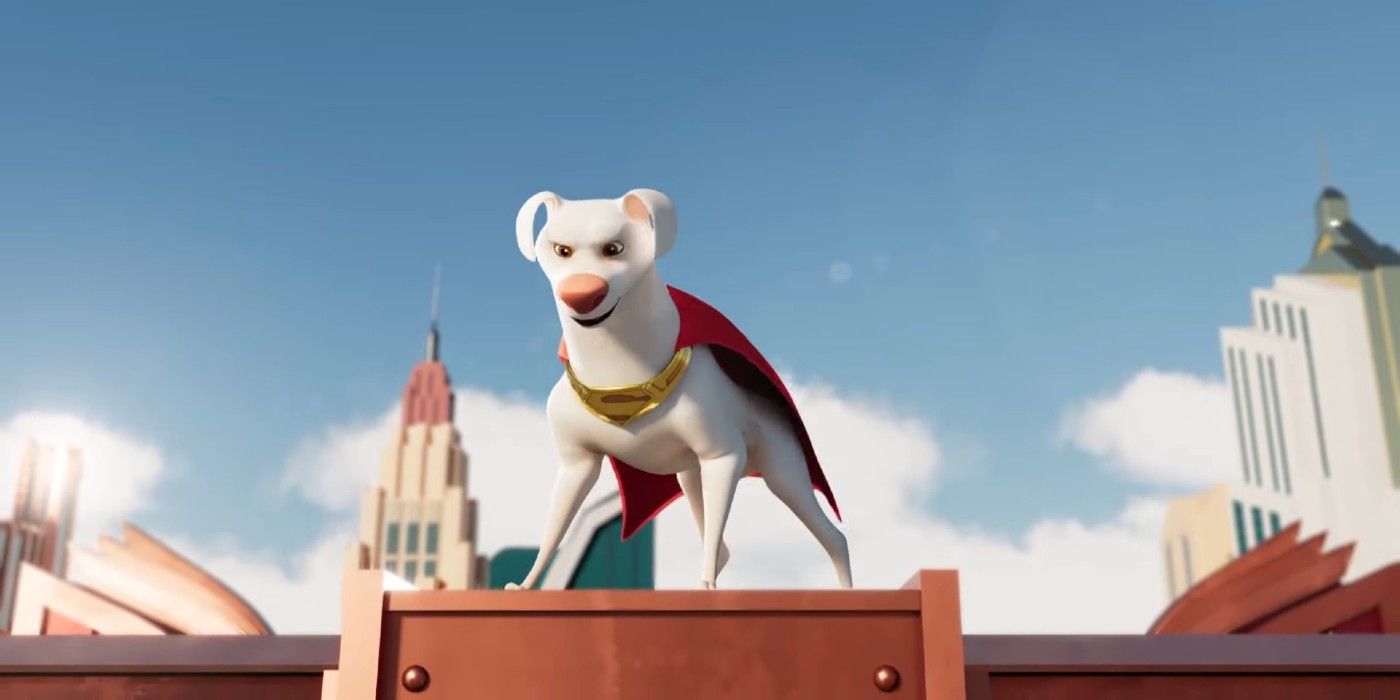 DC Comics has a handful of video games based on its various IP coming out next year, including a movie tie-in game: DC League of Super-Pets: The Adventures of Krypto and Ace. The Super-Pets game will be based on an animated film with the same name and will help pad out a pretty substantial year for the popular superhero franchise across all mediums.

At DC FanDome, fans got a new trailer for Rocksteady’s Suicide Squad game which will see Task Force X going toe to toe with DC’s greatest heroes. In the game, Brainiac has taken over Metropolis and corrupted the minds of Superman, The Flash, and Green Lantern. Amanda Waller recruits the likes of Harley Quinn and Deadshot to head to Metropolis to kill the Justice League and ultimately save the day, despite being vastly underpowered in comparison to the heroes. That said, they may find allies in other heroes like Wonder Woman or Batman, though it remains to be seen.

In a much more family-friendly outing, fans will be able to play as the animal counterparts to some of the aforementioned heroes. Outright Games announced a movie tie-in game for DC League of Super-Pets: The Adventures of Krypto and Ace which will release in spring 2022 for Xbox One, Xbox Series X/S, Nintendo Switch, PS4, and PC via Steam. The on-rails shooter may not be the Superman game fans have been begging for, but players will be able to simulate it to some extent via Krypto. The animated film will feature Dwayne “The Rock” Johnson in the role of Krypto and Kevin Hart as Ace, but it doesn’t sound like the game will bring the actors back.

Little else is known about the game, but presumably, players will also play as Ace given he’s name-dropped in the title. There may even be potential for co-op play given the nature of the game. Nonetheless, it’s certainly an interesting game and while it may not appeal to the same crowd that’s eagerly awaiting Gotham Knights, it does offer something fun for children. There aren’t any concrete details regarding the upcoming film, but it has a star-studded cast with names like John Krasinski, Keanu Reeves, and Kate McKinnon in unknown roles.

It seems like DC will have something for every kind of DC fan next year with the much more mature Suicide Squad: Kill the Justice League, the more casual Gotham Knights, and the family-friendly DC Super-Pets game. At least two out of three of these games are also confirmed to have co-op, meaning players will likely get quite a bit of replay value out of them.

DC League of Super-Pets: The Adventures of Krypto and Ace releases in spring 2022 for Xbox One, Xbox Series X/S, PS4, Nintendo Switch, and PC.

Cade Onder is a 20-year old video game, movie, and chicken tender enthusiast. He has been writing about games since he was 14 and is always trying to learn more about the gaming industry. You can follow him on Twitter @Cade_Onder for bad jokes, bad takes, and pictures of chicken tenders.