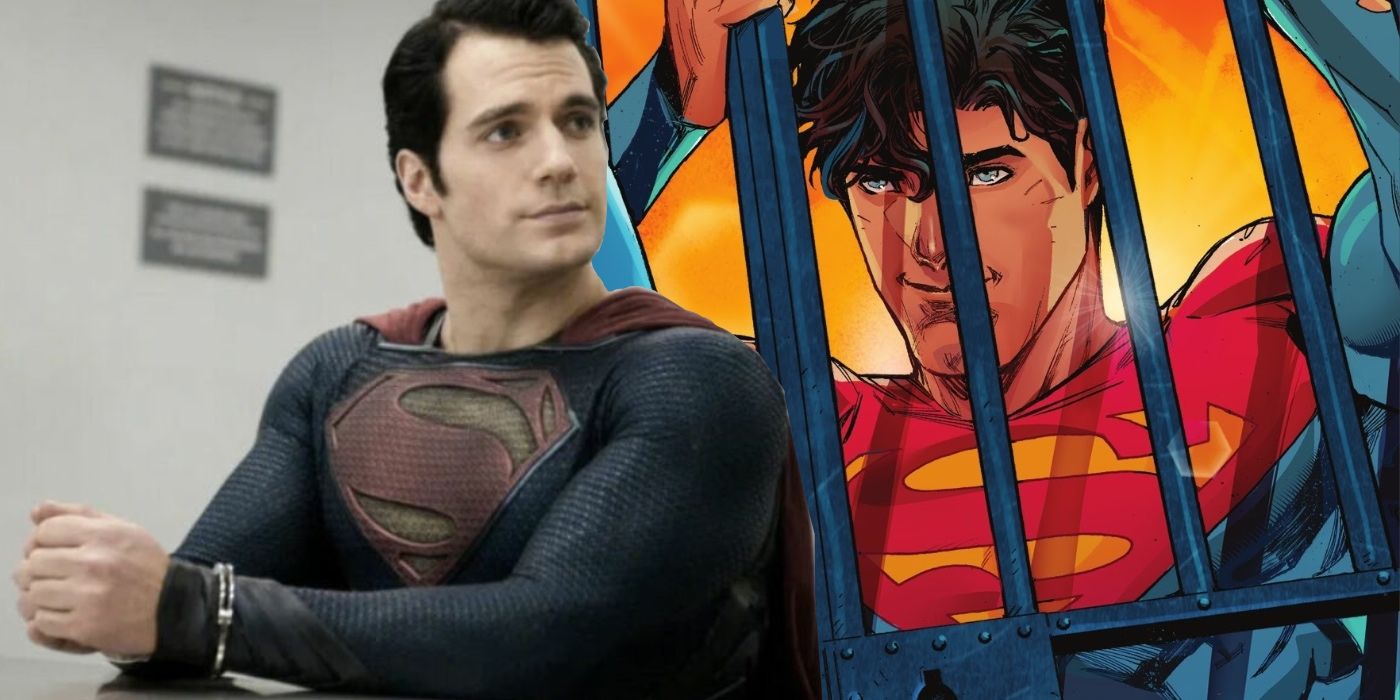 Warning! Spoilers ahead for Superman: Son of Kal-El #3

In the latest issue of DC Comics‘ Superman: Son of Kal-El, Jon Kent gets his own Man of Steel moment, taken right from his father’s playbook. On his last day with his father before Kal-El leaves Earth to face Mongul on Warworld, Jon does some pretty incredible things as the next Superman. Not only does he save hundreds of people from a collapsing building, but he also participates in a protest in support of refugees, taking a stand on an important political issue. It’s here at this protest where Jon Kent takes after Henry Cavill’s Superman from the first DCEU film.

In Superman: Son of Kal-El, from writer Tom Taylor and artist John Timms, Jon Kent has decided to be a new kind of Superman, determined to do more and exceed the mantle and legacy his father is leaving for him. With Ka-El heading for Warworld at the end of this new issue, Jon has become the official Superman of Earth, which is a lot to live up to. However, he’s already making moves to have a greater impact than his father ever did when he attends the protest. This is something the original Superman has avoided as he’s never wanted to influence political affairs as he’s not originally from Earth. However, Earth is Jon Kent’s homeworld, and he’s planning to act accordingly as the new Superman.

After helping his dad save more than 400 people from a collapsing building, Jon attends a protest in Superman: Son of Kal-El #3, supporting the refugees from the island nation of Gamorra whom Jon himself had helped. The protest was being held because the refugees were being forced to return at the demand of Gamorra’s corrupt President Bendix. However, when authorities attempted to break up the crowd, Jon stood his ground and allowed himself to be arrested and placed in handcuffs, just like Henry Cavill’s Superman in Man of Steel. While he could easily break the cuffs and escape, the greater point for Cavill’s Superman was to build trust with the government, while Jon’s point was that he should be arrested just like anyone else at the protest, as they were all there to stand up for the refugees who were unable to stand up for themselves.

By allowing himself to be arrested, Jon was able to make a bigger statement and brought more attention to the real truth about Bendix and the corruption of his nation. Jon was eventually released along with all of the other protestors who had been arrested as he had managed to sway public opinion in favor of the refugees seeking asylum, just as his father sought asylum on Earth. Jon sharing a similar moment with the DCEU Superman is poignant, especially considering his acceptance of the Superman mantle by the issue’s end.

Now that the original Superman has officially left Earth, Jon is on his own as the next Superman. As such, it’s going to be interesting to see where he goes from here, especially with this new issue ending with the Kent farm being destroyed by Bendix in retaliation for Jon’s public words against him. However, despite Jon now being at war with a corrupt government, seeing him getting his own Man of Steel moment before fully taking on the Superman legacy is pretty cool.

More: Superman’s Greatest Weakness Has Just Been Turned Into A New Weapon

Kevin Erdmann is one of Screen Rant’s staff writers. With a major in Cinema Studies and a minor in Comics and Cartoon Studies from the UofO, Kevin is pretty sure he’s writing for the right site. While Kevin is a huge Marvel fan, he also loves Batman because he’s Batman and is a firm believer that Han shot first. Disney also shares a big part of his fan patronage. Kevin lives in Oregon with his wonderful wife and sinister cat who is no doubt currently plotting his demise.