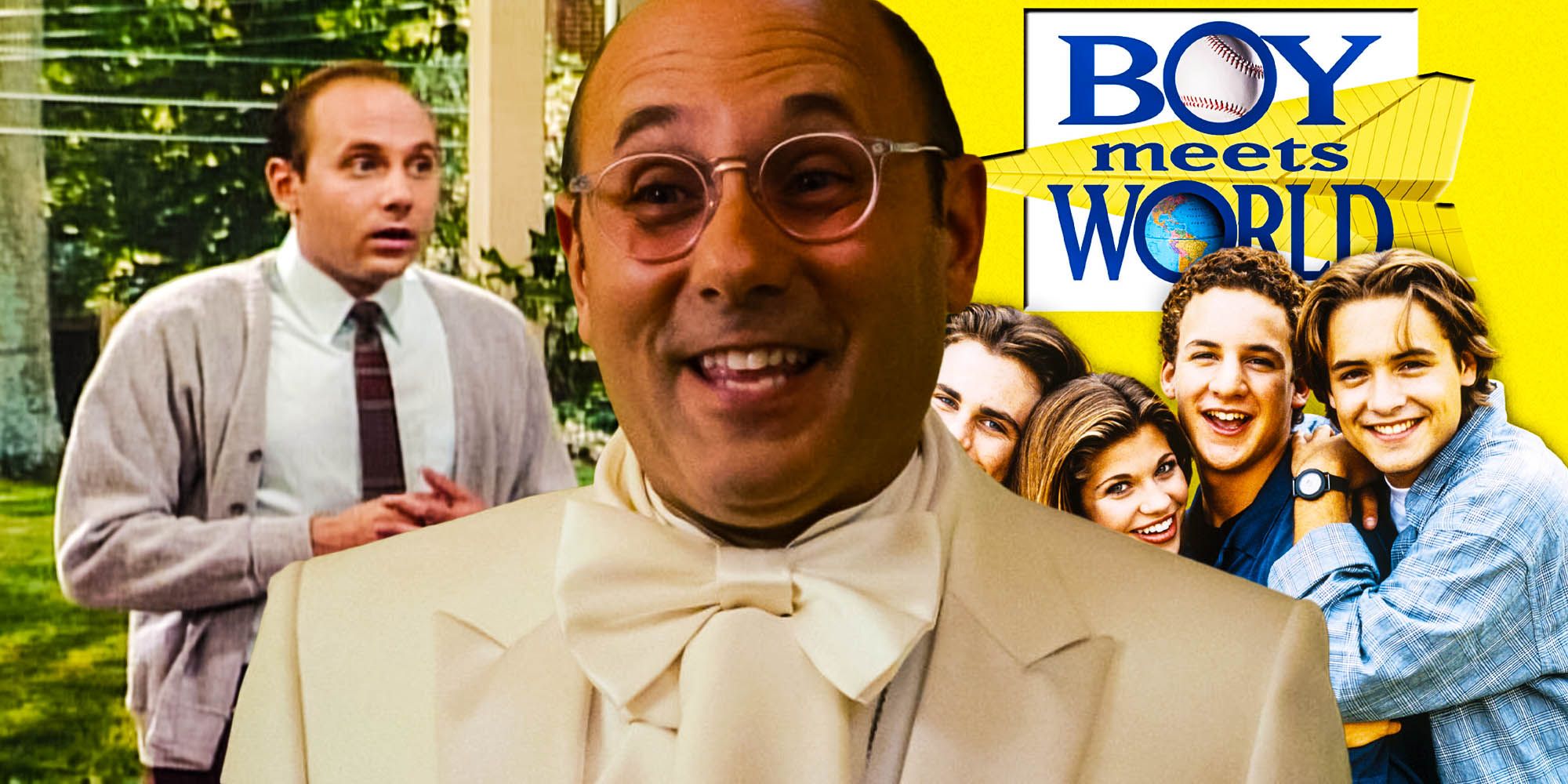 The late Willie Garson played four different characters within the Boy Meets World universe, spanning more than 20 years. The beloved actor grew up in the northeast and received a first-rate education from Wesleyan University before earning his master’s degree from the Yale Drama School. Garson got his start doing one-offs on popular sitcoms like Cheers and Family Ties, before landing reoccurring roles on Mr. Belvedere and NYPD Blue.

Garson went on to have a successful career in both television and film and is perhaps best known as the incredible Stanford Blatch on Sex and the City, as well as Neal Caffrey’s right-hand con man Mozzie on White Collar. While his more serious reoccurring roles were all notable, Garson excelled with the most minor of parts, like the time he gave Ross Gellar the nickname “3B” after moving into a new apartment on Friends. He was truly skilled at leaving his mark no matter how little screen time his character had during an episode.

Those who grew up in the ’90s watching the Friday night lineup most likely remember Garson for his time on Boy Meets World. He appeared in the show’s very first season and must have impressed someone because he was brought back multiple times in three completely different roles over the years. Garson even returned to the franchise for a 2014 episode of the Disney Channel spinoff Girl Meets World, reuniting with Cory and Topanga.

Garson was one of Boy Meets World’s original side characters, appearing in the early season 1 episodes “Father Knows Less” and “The Father/Son Game” as Leonard Spinelli, an overly nervous individual who works with Alan Matthews at the supermarket. Leonard is one of the rare supermarket employees aside from Eric who viewers actually get to meet. Fearing that he doesn’t make a very good first impression, he is constantly reintroducing himself to members of the Matthews family despite having eaten dinner at their home “maybe 20 times,” according to Amy.

In his first appearance, Leonard interrupts family time to inform Mr. Matthews that an “imported French tidal wave” of sparkling mineral water has swept through the store. He returns later in the episode after a fire breaks out at the supermarket, awkwardly interrupting a moment of intimacy between Alan and Amy. In the episode “The Father/Son Game,” Leonard returns with his arm in a sling after injuring himself during the company’s father/son baseball game. As it turns out, he’s even more depressingly hilarious while on painkillers.

Boy Meets World season 4 sees Mr. Matthews quit his unfulfilling job at the supermarket and, with an assist from his loving wife (and Mr. Feeny), the family winds up buying a local outdoor supply shop in town. When it becomes clear that overly concerned Amy is terrible at selling camping supplies to strangers, they look to hire a new employee. Garson very briefly returns to the series in the memorable episode “Janitor Dad” as one of many potential job-seekers, and it’s immediately clear that he has no idea what to do with any of the store’s equipment. He also appears in the episode’s post-credits tag, revealing he previously worked at Merrill Lynch.

Garson’s fourth and final appearance on Boy Meets World came during the all-important season 7 episode “It’s About Time”—better known as the one where Cory and Topanga finally get married. As the best man, Eric Matthews somehow manages to pull off hosting their wedding at the extravagant Philadelphia Victorian Hotel, with Garson fittingly serving as the officiant. Of course, it’s quickly revealed that Eric had simply hijacked the “social event of the year” in order to come through for his little brother, resulting in the minister repeatedly referring to the bride and groom as “the Petermans.”

While not technically a Boy Meets World character, Garson returned to the franchise one last time in the season 1 Girl Meets World episode “Girl Meets Popular,” bringing his time with the Matthews family full circle. Garson plays Harrison Miller, a cutthroat lawyer who works at the same firm as Topanga. When the firm attempts to shut down a local bakery run by a sweet old woman, a conflicted Topanga reaches back in time to find her old teenage self. The modern Matthews family ends up buying the bakery to keep it afloat, which remained an essential set piece throughout the series.

Next: Why Boy Meets World Was Cancelled Before Season 8