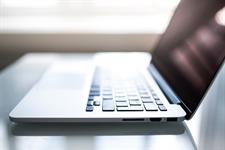 An unregistered “corporate charity” received between £5m and £10m in furlough cash in May despite little public evidence the organisation has any staff, it has been claimed.

An investigation by the Financial Times newspaper found the arrangements of a group of companies that received as much as £40m in furlough support in a single month this year.

The four companies, all registered to a virtual mailbox service in London, were paid between £20m and £40m in May from the UK government’s Coronavirus Job Retention Scheme.

One of these businesses, the Domain Foundation, claims to be a “corporate charity”.

There is no organisation with that name on the Charity Commission’s register.

The FT found that the unaudited UK accounts of a company called Domain Corp Ltd together with the Domain Foundation claim they have 50 employees each.

Each of the companies – Domain Corp Ltd, the Domain Foundation, Domain International School and Domain Research Hospital – received between £5m and £10m in furlough cash in May, according to government data published earlier this month.

More than one million organisations have used the £70bn scheme, which was set up in response to the coronavirus pandemic and will close later this month.

HM Revenue and Customs has opened almost 13,000 investigations into the possible misuse of furlough funds.

The tax department said it did not have the figures for how many of those probes were related to charities and instead encouraged individuals to report anyone who might be abusing the scheme to their fraud hotline.

A HMRC spokesperson said: “We designed anti-fraud measures into the Covid-19 support schemes from the beginning, and we are taking tough action to tackle fraudulent and criminal behaviour.

“We have blocked tens of millions of pounds of claims being paid out in the first place and we are using the full range of our powers to recover incorrectly paid claims.

“This includes securing the department’s largest ever account-freezing order to ensure the money cannot be accessed.

“We currently have 25 criminal investigations, have already made five arrests for suspected CJRS fraud, and compliance work so far has led to the recovery of more than £600m of overpayments.

“We cannot comment on identifiable claimants or ongoing investigations.”

HMRC advised anyone who believes an employer might be abusing or has abused the CJRS to report it using its website or call the Fraud Hotline on 0800 788 887.

Earlier this month it warned charities to watch out for bogus tax rebate or refund requests after revealing tax officials had identified about 1.5 million scams during the pandemic.

Neither Third Sector nor the FT was able to reach anyone from any of the Domain group of organisations for comment.