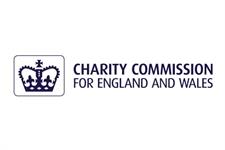 The think tank NPC has called for the new culture secretary to use the ongoing search for the next chair of the Charity Commission as a chance to reset the regulator’s priorities.

In an open letter to Nadine Dorries, who succeeded Oliver Dowden as culture secretary last week, Dan Corry, chief executive of NPC, says he hopes the government will “look for a person who understands the sector and also how to properly regulate a sector”.

But he says the appointment presents an opportunity to rethink the commission’s priorities in favour of maximising the impact charities make, rather than focusing on public trust in the sector.

“On the face of it, focusing on trust sounds perfectly sensible,” he says.

“But we think it would be better if the regulator’s role was also about the impact of charities, not merely public expectation, and the approaches that work, regardless of whether the public would expect them or not.

“We believe charities are uniquely placed to support rebuilding and renewal efforts post-Covid-19.

“To help them do so, we need a focus on mission and impact, with the regulator setting reporting requirements around this and encouraging data sharing to support it.

The letter says charity trustees should be required to report publicly each year on the impact their organisation is achieving in relation to its core mission and how it plans to improve.

It says grant-makers should be encouraged to be more transparent by being asked to annually publish their payout ratio and the thinking behind it.

The letter also calls for an end to the requirement for charities to gain the regulator’s permission before paying trustees.

The government is yet to announce a successor to Baroness Barran, the former minister for civil society, who was moved to the Department for Education in the reshuffle last week.

NPC has also written to Michael Gove, the new communities secretary, who is responsible for the government’s ‘levelling up’ agenda.

The think tank’s letter says social needs should be put at the heart of this and calls for funding criteria to be widened and for the inclusion of charities in both the delivery and design of ‘levelling up’ projects.

It also calls for a new “intelligence board”, with representatives from charities of all sizes, businesses, faith and community groups, to be established to support the government on the ‘levelling up’ agenda.

Danny Kruger, the Conservative MP for Devizes, who was commissioned last year by Prime Minister Boris Johnson to conduct a review of how the government could make the most of the voluntary sector in the UK’s recovery from the coronavirus pandemic, was appointed as a parliamentary private secretary at the newly-named Department for Levelling Up, Housing and Communities.

Andy Haldane, chief executive of the Royal Society for Arts, Manufactures and Commerce, has been seconded to the department to lead a new ‘levelling up’ taskforce.

Hugh Jackman Thanks The Fans And (Of Course) Responded To Ryan Reynolds’ Birthday Gift
Indonesia’s Bali is reopening to tourists — but visitors from Australia and Singapore may have to wait
‘Battle lines’ are well drawn in this airline index, chart analyst says
Dow futures are little changed ahead of a big week of earnings
Tia Adeola Is Ready To Travel Again