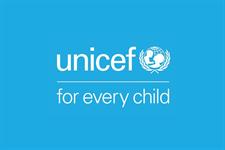 Unicef UK reported a record total income last year despite a turbulent period for the charity.

Unicef UK’s accounts also point to a positive performance in direct marketing and corporate partnerships, which increased by £5m and £7m year on year respectively.

In his foreword to the accounts, Shatish Dasani, interim chair of the UK committee for Unicef, said: “The fundraising and campaign success of Unicef UK were all the more remarkable in the context of the organisational upheaval caused by the resignations of both the chair and the executive director in September 2020.”

He said the charity was determined to learn from this process and make lasting improvements to the culture of the organisation.

Aside from the effects of the coronavirus pandemic, the charity is still seeking a new executive director and chair after the previous post-holders’ departures last year.

The positive financial results come just a week after two consultants pulled out of a Unicef UK project and accused the charity of institutional racism.

The allegations were made following a difficult period for the charity during which Sacha Deshmukh, the charity’s previous executive director, resigned in September after making allegations of bullying behaviour against Douglas Alexander, then the charity’s chair.

Alexander, who was cleared of any bullying allegations in a subsequent independent investigation, also stepped down at the time the claims were made.

Nike shares fall as supply chain havoc leads retailer to slash revenue forecast
If Trump’s Adult Children Helped Him Commit Fraud, New York Prosecutors Are About to Find Out
Woody Harrelson Made A Request For His Venom: Let There Be Carnage Wig, Because He Wasn’t A Fan Of The First One
‘I’m Your Man’ Surpasses $2K Per Screen In Strong Open; ‘El Planeta’ Rocks The IFC – Specialty Box Office
Inquiry into charity that made more than £900,000 of unsecured loans to one person