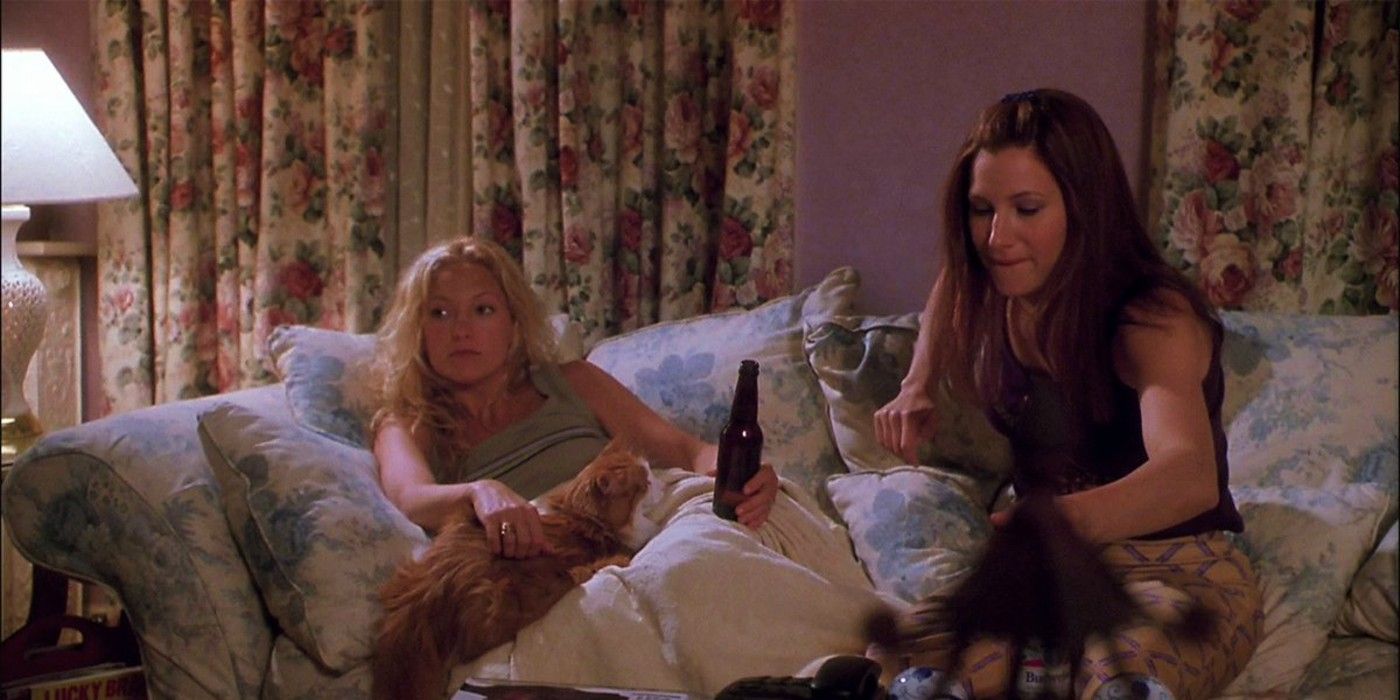 Kate Hudson and Kathryn Hahn had an exciting How to Lose a Guy in 10 Days reunion while filming their new movie, Knives Out 2. The two actresses starred in the 2003 rom-com alongside Matthew McConaughey. Hudson and Hahn played Andie and Michelle, two best friends who are working for a women’s magazine while navigating dating life. The two’s chemistry and hilarious performances contributed to the film’s success, making it a classic feel-good movie.

Hudson and Hahn’s on-screen partnership will be tested again as both of them were recently cast to join Knives Out 2. The movie is the highly anticipated sequel of the hit 2019 murder mystery about a detective investigating the death of the patriarch of a wealthy family with an eccentric mix of family members. It was a star-studded film that included Daniel Craig as Detective Benoit Blanc, Chris Evans, Jamie Lee Curtis, and the late Christopher Plummer. While not much is known about the sequel’s plot, it will again assemble a stellar cast with Craig reprising his role and the addition of several big names: Edward Norton, Dave Bautista, Leslie Odom Jr., and Jessica Henwick.

Related: Knives Out: Why One Netflix ‘Sequel’ Will Likely Be A Prequel

With filming for Knives Out 2 already underway, Hudson and Hahn treated their fans to a mini How to Lose a Guy in 10 Days reunion. On Tuesday, Hudson shared a selfie of herself with Hahn and their husbands while on location in Greece. “Reunited baby yeah!” the 42-year-old actress wrote in the caption, adding the hashtag “feels like yesterday HTLAG.” Many fans jumped on Hudson’s Instagram post and commented on their favorite scenes of the pair in the 2003 chick flick.

It’s been 18 years since How to Lose a Guy premiered and its stars each went on to have successful Hollywood careers. Hudson, with her bubbly personality and girl-next-door charm, continued her streak in the rom-com department with hits such as Bride Wars, Something Borrowed, and You, Me and Dupree. Meanwhile, Hahn’s most recent performance in WandaVision as Agatha Harkness was critically praised and well-received by Marvel fans.

While Hudson and Hahn’s reunion isn’t for a How to Lose a Guy part two, the possibility of a reboot isn’t too far-fetched. After all, many previous hits are currently being revisited, from Tom Cruise’s Top Gun to Sarah Jessica Parker’s Sex and the City. The on-screen gal pals’ date night certainly got fans excited to see the two of them share the same screen again. So far, it’s unclear what their roles will be for the upcoming Knives Out sequel. It will be hilarious to see the duo team up again just like they did in the rom-com many years ago.

Next: Everything We Know About The Knives Out Sequel

Abi has a degree in Communication Arts and has years of experience working in the television industry as a researcher, writer, and producer. Currently, Abi is a freelance entertainment news writer and publishes news articles on different platforms.

In her spare time, she enjoys baking and cooking. She lives with her husband, toddler, and their three rescued cats.