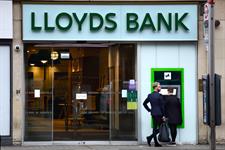 Lloyds Bank has apologised and compensated a charity that provides grants to medical students in Zimbabwe after poor communication left it without access to tens of thousands of pounds.

The UK-based Doctors of Tomorrow in Zimbabwe funds scholarships for underprivileged medical students in Harare and Bulawayo to pursue their medical studies.

The charity said a trustee tried to access its bank account with Lloyds in June to make a payment to the University of Harare, but was told the account had been closed and the balance of about £80,000 had been sent to the charity in a cheque.

But the cheque went to an old address that the charity said had been updated.

The bank said that as part of its responsibility to customers, it conducted regular checks on accounts to ensure they were protected from fraud, identity theft and financial crime.

The bank said it had contacted the charity on multiple occasions in the period dating back to March.

Despite receiving a response from the charity in May, the bank said more clarification was needed to unblock the account.

After reviewing the case in detail, the bank said it understood how distressing it must have been for the charity to find its account had been closed and said it appreciated it could have made further attempts to contact the charity before the decision was made.

Lloyds said it would contact the charity to apologise and offer to help it open a new account with the bank if it wanted to, or assist in any way it could with transferring the funds to a new account.

It has also offered a payment of £500 for the inconvenience.

A Lloyds Bank spokesperson said: “As part of our regulatory and legal responsibilities, all banks must conduct regular checks to verify account-holders’ personal and business information.

“We do this to keep accounts protected from fraud, identity theft and financial crime.

“In this case, as we did not receive all the information we needed from our account-holder, we informed them of our intention to close the account.

“We appreciate that we could have made further attempts to contact them about this information. We are sorry for the inconvenience caused and would like to continue to support them.”

The charity said: “It is hard to overstate how shocked we were by this turn of events. We had received no communication whatsoever from Lloyds about the impending closure of our account.

“We were left in a position of either leaving the students we support homeless and unable to complete their final medical exams, or making a payment from our personal savings.”

Woman ‘extremely fortunate’ to be alive after Anne Heche crashed into her home
Robinhood cutting about 23% of jobs, releases second-quarter earnings
After Getting Accused Of Secretly Hating Kevin Hart, Dwayne Johnson Shares The Truth About Their Real Relationship
‘Bodies Bodies Bodies’ Shows Heat For A24 – Specialty Box Office
50 small and lovely British hotels for less than £150 a night