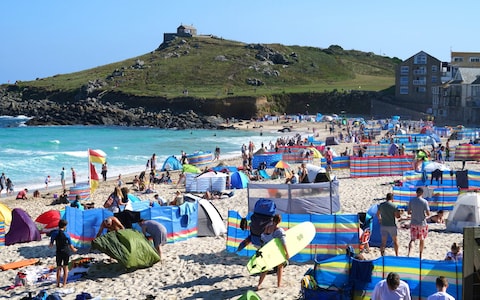 Prices of holidays to Portugal have nosedived a week after it was announced the destination was to be dropped from the UK’s green list.

The average cost of a summer break in Portugal, in July or August, fell by 64 per cent following last Thursday’s news, compared with the previous week. Search interest in the destination also plummeted by 85 per cent, according to data from TravelSupermarket.

A family of four is now able to secure a seven-night package holiday to amber-listed Portugal during the school holidays for as little as £180 per person, according to the comparison website.

The Mediterranean nation has also dropped the requirement for all arrivals from the UK to have proof of a negative PCR test – instead saying travellers can use antigen tests, including lateral flow tests, which are significantly cheaper to buy, to enter the country. This follows news that Which? consumer group has found travel testing firms have been advertising misleading prices, prompting a review. The tests must, however, still be organised privately – not through the NHS.

While the Government advises against holidays to amber-listed countries, the Foreign Commonwealth and Development Office (FCDO) does not advise against travel to Portugal, meaning it is not against the law to visit and travel insurance will be valid. Former Prime Minister Theresa May has called the current rules “chaotic,” warning “we will never be able to travel abroad ever again” if things didn’t change.

Scroll down for more updates.

Residents in Cornwall are used to a regular influx of holidaymakers but the arrival of delegates from foreign nations for the G7 summit has caused friction in the seaside resort of St Ives.

Andrea Hodgson, 78, said it was “pretty awful” the G7 is being held in Cornwall this year.

Mrs Hodgson told the PA news agency: “It’s totally inappropriate, it’s not climate-friendly, it’s a total waste of money. They’ve closed our hospital, they’ve closed our police station and they are wasting millions and millions of pounds for international people to have a party.

“It could all be done online. I’m really angry about it – the number of people that are coming down all through lockdown. We’ve been locked away here so we can’t even go outside of our front door.”

She added: “The people are being marginalised here – and the G7 is making it worse.”

Theresa May: ‘The messaging is mixed and the system chaotic’

During a Parliamentary debate on the aviation sector, former Prime Minister Theresa May said Britain had gone backwards, not forwards, in its travel policy despite the success of the vaccine programme.

She said that a year ago ministers promised they were “working hard” to get internationally agreed health standard measures in place but: “One year on we are no further forward, indeed what we have is a devastated industry, jobs lost and global Britain shut for business. More than not being any further forward, we’ve gone backwards.

“We now have over 50 per cent of the adult population vaccinated – a wonderful programme – yet we’re more restricted on travel than we were last year.

“In 2020, I went to Switzerland in August, South Korea in September, there was no vaccine and travel was possible – this year there is a vaccine, travel is not possible. I really don’t understand the stance the Government is taking.”

The Telegraph’s politics team has the full story.

Travel testing firms’ kits cost twice as much as advertised

Travel testing firms have been accused of overcharging holidaymakers after advertising kits for up to half the price that the customer actually had to pay.

An investigation by Which?, the consumer group, found three of the cheapest firms on the Government’s website claimed to provide tests for as little as £60 when they actually cost twice as much.

Rory Boland, Which? Travel Editor, said: “Weeks on from some international travel being allowed to resume, it’s very concerning to still be uncovering such serious problems with the Government’s testing system for travellers.

“These are problems that could have easily been ironed out well ahead of travel restarting, had proper regulatory oversight been ensured early on.”

Charles Hymas has the full story.

Before we begin, let’s take a look at Thursday’s top headlines:

Now, on with today’s news.