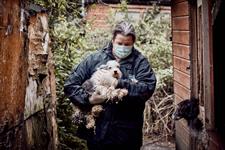 The RSPCA has pledged to put partnership working at the heart of its new 10-year strategy, which will be launched next week.

The strategy, called Together for Animal Welfare, has goals including reducing animal cruelty by half over the next decade, the introduction of statutory powers to help its animal welfare officers, and inspiring one million people to get involved in a new community engagement programme.

But the animal welfare charity said it had no plans to merge with other charities as part of the strategy.

Chris Sherwood, chief executive of the RSPCA, told Third Sector the charity’s goals could not be achieved on its own and partnership working would be key to its success.

“We’re keen to look at partnerships with our sister charities and expand on those relationships that already exist – and not just animal welfare charities, but in other areas as well,” he said.

The RSPCA and Blue Cross announced last year they were going to work together in a range of areas, such as purchasing and supplies, to save money.

Sherwood said there were no plans to merge with Blue Cross or any other charity, but it would seek to develop new partnerships, including looking at how it worked with its sister charities, to help it build a million-person-strong community engagement programme.

Sherwood said it was with “deep regret” that the charity had to make redundancies last year, but it had to tackle the multimillion-pound deficits it had recorded in recent years.

“Our accounts aren’t published yet but we’re expecting another large deficit for last year. We will run a smaller deficit this year, and then back into a break-even position for 2022.”

Last August the charity announced it would make 269 of its more than 1,600-strong workforce redundant as part of a restructure that was accelerated by the coronavirus pandemic.

It is expected to record losses of up to £47m over the next three years.

Sherwood said last year’s restructure was about creating an organisation that was futureproofed and sustainable, and there were therefore no plans for further redundancies if its deficit target next year and beyond was not met.

“We have updated our financial modelling for the coming year with a pessimistic, optimistic and middle forecast, and it is under constant review to deal with the uncertainty,” he said.

“Within that we have built in a number of non-staff financial savings throughout 2021 to close the budget deficit.”

Sherwood expressed his determination to make the charity a great place to work with an innovative and entrepreneurial culture, and he praised some of the discussions that had taken place with trade union Unite.

In April, the charity will roll out a performance contribution system that would enable staff across the organisation to have regular discussions about their performance and the support that is in place for them.

“It’s important any objectives are relative to those individuals, and we also really want to dial values up in this system, and how we measure them across organisation,” said Sherwood.

The union and the charity had previously been involved in a bitter dispute over the introduction of a performance-related pay scheme that pre-dated the pandemic.

Sherwood said: “The strategy is not just about nice words but backed up by action. Some of our previous policies and culture have left a legacy, so there are problems we have to fix.”

The Charity Commission recently closed its six-year-long case into the RSPCA after it found the governance reforms introduced by the animal charity went further than answering its concerns.

“We’ve gone beyond those expectations and they form the basis for setting this strategy,” said Sherwood.