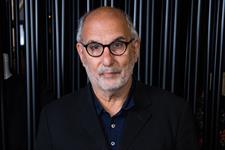 The defunct charity Kids Company had nothing to hide from the government, its former chair has told the High Court.

The TV presenter and former BBC executive Alan Yentob, in a dark suit jacket and light blue-and-white striped shirt, often looked exasperated as Lesley Anderson QC, on behalf of the Official Receiver, questioned him yesterday about his role at the charity he chaired for more than 18 years.

The OR is seeking to secure disqualification from senior positions for periods of up to six years against Yentob and six other trustees, plus Camila Batmanghelijdh, founder of the charity and its chief executive at the time it closed abruptly in 2015.

In a series of exchanges about the charity’s financial practices between 2012 and 2014, Anderson said she was trying to understand the “propriety of decision-making”, and asked Yentob what situation would have been sufficient for contingency plans drawn up by the charity to be triggered.

“What level of government funding would not be sufficient and need you to implement the contingency plan?”

Yentob said the trustees at this time believed that they would still get additional government support.

He acknowledged there were “trying times”, especially around the time of the earlier recession in about 2009, but that funding had increased over the years.

Anderson said the trustees’ overarching responsibility was the survival of the charity.

“We made judgements that we would be able to carry on and we did,” said Yentob. “It was not a matter of ‘come what may’.”

Yentob said the charity’s trustees did their best and “were not hiding anything from the government”.

Anderson also questioned why the charity was “slogging so hard” for government funding all the time when, as Yentob had suggested earlier, it had the support of many private donors.

“We wanted to change the nature of the organisation[…] and we believed it was the government’s responsibility [to fund the services], and, if I may say so, so did many people in government,” said Yentob.

Anderson also highlighted another instance where staff had been taken on for an additional contract that was not won, but the staff were retained anyway.

Yentob defended this approach and said decisions were always taken for clinical reasons.

The court also heard that there was an acknowledgement by Batmanghelidjh in a letter to the government in the middle of 2014 that the charity’s position was becoming untenable and its “proof of concept” was becoming more difficult.

Earlier the court heard that the charity “did not fit the model” for government grants, so the private sector had to pick up the “lion’s share” of funding, Anderson said.

“In crude terms”, she suggested that if the private sector was picking up the “lion’s share”, government funding was never likely to increase over time.

Yentob said that successive Prime Ministers, including Tony Blair, Gordon Brown and David Cameron, all believed the charity needed to be funded.

Anderson did not dispute that, but said it was the model itself that was a challenge, and that was the reason why Kids Company struggled at times to get government support.

At the end of his affidavit, Yentob said: “These disqualification proceedings are a profound and unjust humiliation for the trustees who gave years of dedication and commitment to supporting the most vulnerable in our society”.