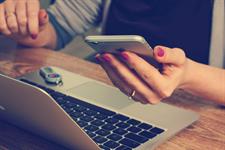 Charities rarely generate the type of evidence major donors look for when deciding to support a particular organisation, according to new research.

A paper by Caroline Greenhalgh and Professor Paul Montgomery from the Third Sector Research Centre at the University of Birmingham says few philanthropists practise evidence-based philanthropy and some say there is insufficient evidence on which to base their funding decisions.

The publication says: “The presumption that philanthropists seek to make pragmatic, evidence-informed decisions may not always be the case as philanthropic donors are often misled by nature and by their instincts.

“It may be that many donors do choose to apply evidence, but they do so only in a limited way, for although most donors are motivated by a desire to make a difference, many will already have aligned themselves to a particular cause before reading the evidence or conducting or commissioning research.

“By electing to support a charity that matters to them personally, rather than using evidence to identify which causes are most effective, donors may overlook more effective charities and interventions and inadvertently support organisations that have less impact.”

The paper says two key themes emerged as barriers to the use of evidence: difficulty in accessing relevant, high-quality data, and a lack of understanding of that information.

“Further analysis revealed that the evidence sought and relied upon by philanthropists was rarely aligned with the evidence generated by the beneficiary charities,” it says.

“Moreover, much of the data that is generated by charities is deemed to be largely irrelevant to donors.

“This is somewhat ironic given the often-reported tendency of many charities and non-profits to customise their evaluation and reporting procedures to satisfy their funders.”

The cost of obtaining relevant evidence is a constraint to its use in funding decisions, the paper says.

But it says few philanthropists and funders are willing to fund the cost of evaluations of interventions.

“Consequently, a number of studies, including our own, have highlighted the absence of impact measurement among third sector organisations.

“Despite the relatively transparent nature of British charity regulation, only a small minority of charities report on their impact to the Charity Commission and a significant proportion state that they do not measure impact at all.

Greenhalgh, who was lead researcher for the paper, said: “As charities are scaling back their services and, in some instances, collapsing altogether, it is vital that donors make informed decisions about which to fund as part of rebuilding the charity and their work.

“Our research highlighted there are three main barriers to philanthropists or funders using evidence, which were inadequate knowledge transfer and difficulties accessing evidence, challenges in understanding the evidence and insufficient resources.”

Lykke Li Covers “I Will Survive”: Listen
Congressional report faults Boeing, FAA for 737 Max failures, just as regulators close in on recertification
National Emergencies Trust gives £1.5m each to three charities working with Covid-19 at-risk groups
Top 8 Minimalist Desk Setup Ideas from Influencers Around the Web
With TikTok deal, Walmart could gain ‘a front row seat to the next generation of consumers’