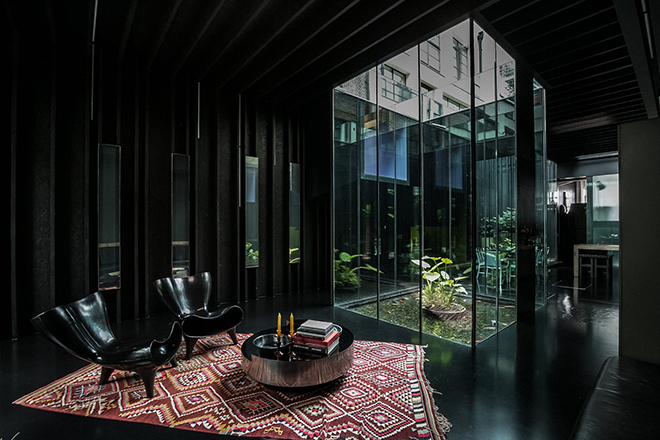 Regarded one of the most significant domestic projects of recent times, Ghanaian-British architect, Sir David Frank Adjaye constructed the ‘Lost House’ to showcase a masterful configuration of space with ample light and refined interiors. Known for designing many notable buildings around the world, including the National Museum of African American History and Culture in Washington, DC, and the Skolkovo Moscow School of Management, David Frank was nominated for the pristine RIBA President’s Medals upon his University graduation in 1990, and clinched the RIBA Bronze Medal for the best design project produced at BA level worldwide. 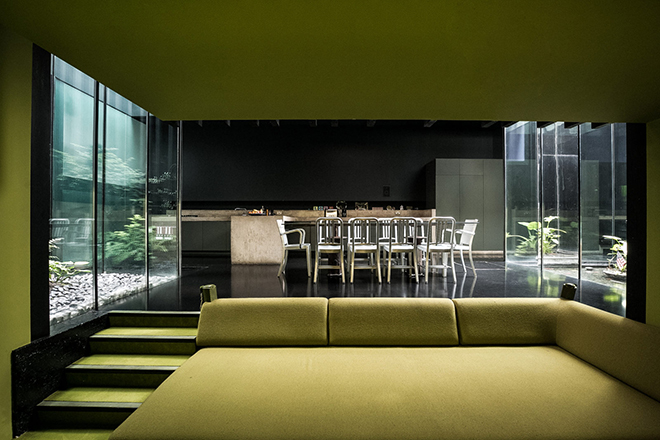 Despite its modest presence, the Lost House spans 4,000 sq.ft., centered by a palatial 60 ft. reception, kitchen, and communal living area. Abundantly lit by three large light wells, the lobby is bordered by numerous courtyards, a water garden, and a sunken cinema. On the upper levels, the residence features a large bedroom, bursting with natural light which is currently used as a studio and office space, alongside guest bedrooms with en-suite showers, a master bedroom with dedicated closet space, a wet room, steam room, and an adjacent and dramatically enclosed swimming pool. 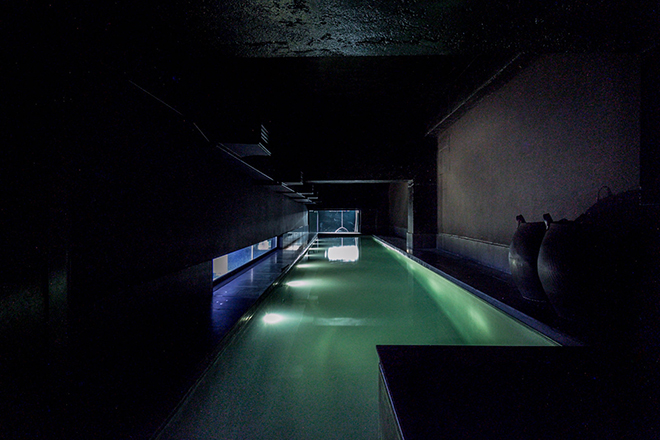 Paying meticulous attention to each and every minute detail,  David Frank had designed the house such that, its east and west fronts were at one time connected by a drive-through delivery yard with a solid platform along one edge, against which vehicles parked. As time inched forward and climates changed, the parking strip and platform were eventually recessed, and the house now sports an expansive private, double garage. 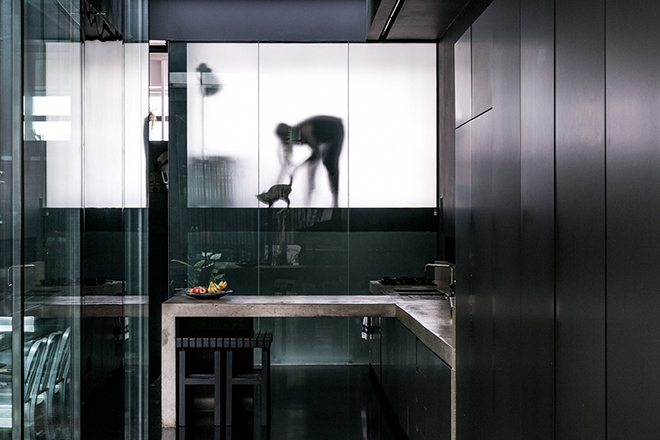 Offering optimal privacy and security, the scarcity of external windows is compensated for not only by the use of light-wells, and reflective surfaces such as black resin flooring. David Frank’s clever configuration for space has allowed for immense versatility, with opportunity to transform the area into out-of-this-world sets for photo or film shoots, and fashion shows. 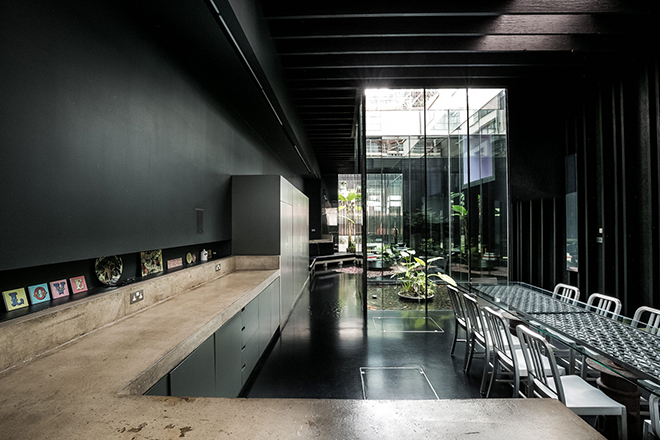 Worth an estimated US $8,332,025, the Lost House on Crinan Street, London N1, is situated by Battlebridge Basin, just south of the Regents Canal and across the water from Granary Square. Available for viewing via the Modern House, owners of the Lost House can expect to enjoy the security of a 999 year lease, in effect since May 1995.