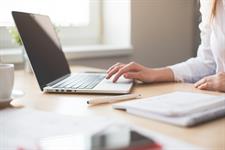 The employability charity Shaw Trust has announced plans to recruit more than 600 employees to meet growing demand for its services.

The charity, which specialises in helping young people and adults into work, currently has 2,500 staff members and 1,000 volunteers. It said it was planning to grow these numbers by 25 per cent over the next year.

In a statement, the charity said there had been more than 185,000 redundancies announced in the past few months as a result of the coronavirus crisis, meaning many of Shaw Trust’s local and national programmes needed to expand.

The retail, hospitality, travel and leisure sectors have been particularly hard hit, but Mark Earl, chief people officer at Shaw Trust, said individuals with the skills required in these industries were likely to be exactly the candidates the charity needed.

“We are a values-led organisation, we put those we support at the heart of everything we do,” he said.

“So for us, when we are recruiting the most important attribute we look for in a candidate is their commitment to our purpose.

“We have great training and development in-house available, so can help candidates master the skills needed; but we can’t make someone want to work with people, or teach someone to be customer-focused.

“Therefore we are calling out to anyone who has worked in hospitality, retail or similar sectors with the public to take a look at what we can offer.”

The roles will be a mix of full- and part-time roles, with job shares also available, the trust said in a statement.

Most of the jobs will involve working with people directly to support them into employment. They will be based in London, the Midlands, central and east of England, and the home counties – although they will initially be remote-working roles.

The charity made 100 people redundant last year following its takeover of the employment and education organisation Prospects and the skills development organisation Ixion Holdings.

A spokeswoman said the charity had not made any redundancies this year, and although it was reviewing its strategy it hoped that any staff affected would be redeployed.