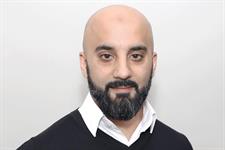 Islamic Relief raised a record amount through its annual Ramadan appeal this year, despite having to cancel all of its community fundraising events because of the coronavirus pandemic, its director has revealed.

Speaking in an online panel discussion as part of this year’s Institute of Fundraising annual convention, Tufail Hussain said the total raised by the charity’s campaign this year was 30 per cent up on 2019 even though it was unable to carry out any face-to-face activities because of the Covid-19 outbreak.

He said the charity normally raised about 40 per cent of its annual income during Ramadan, but had had to cancel hundreds of community events that were planned this year.

He did not put a figure on how much the charity raised this year, and a spokesman for Islamic Relief told Third Sector the final amount for the appeal was still being reconciled.

The charity’s most recent accounts show it had an overall income of £128m in 2018.

“There was a moment of panic as our teams had to pivot our campaign plans,” said Hussain during the session.

He said the charity reinvested the savings it made from cancelling community events into direct marketing channels with a particular focus on online fundraising,

“We had, thankfully, an amazing Ramadan, a record Ramadan for Islamic Relief,” he said. “We achieved a 30 per cent increase in funds raised on 2019, which is amazing considering the challenges we had to face.”

Hussain said the charity did experience a fall in the average value of donations, but it was able to use digital channels to reach a wider audience and saw a 30 per cent increase in the number of people who made donations during the month of Ramadan.

He said social media was one of the keys to success for the charity during the campaign.

“We had a number of partnerships set up with a number of social media influencers, really popular channels,” he said. “One of them was particularly successful and raised more than quarter of a million pounds.

“What wasn’t planned was the successful drive by citizen fundraisers.”

He said local volunteers set up online giving pages and invited friends and family to donate, which brought in thousands of pounds for the charity.

“More than 500 pages were created, which brought in more than £465,000,” Hussain said, adding that the idea came late so it could have raised more if it had been implemented earlier.

He said the pandemic had caused more of the charity’s supporters to want to do more in the UK, and the charity saw mosques setting up food banks to help local people.