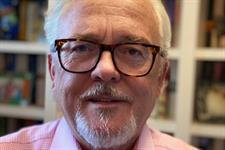 A former senior director at the National Council for Voluntary Organisations is to become the next chief executive of the Honorary Treasurers Forum.

Richard Williams, who spent 13 years at the NCVO until stepping down as its director of enterprise last year, will succeed Denise Fellows in the part-time role next week.

Fellows is retiring after 10 years with the charity, which supports charity treasurers.

Before joining the NCVO, Williams worked at the Conservation Volunteers, then known as BTCV, which he joined in 1988.

Bruce Gordon, chair of the HTF, said: “Richard is known for his deep knowledge of the sector through many years at the NCVO, most recently as director of enterprise.

“His energy and commercial drive will enable us to increase even further the reach and impact of the forum at this critical time within the sector.”

He said Fellows had “overseen the major development of our charity” over the past decade.