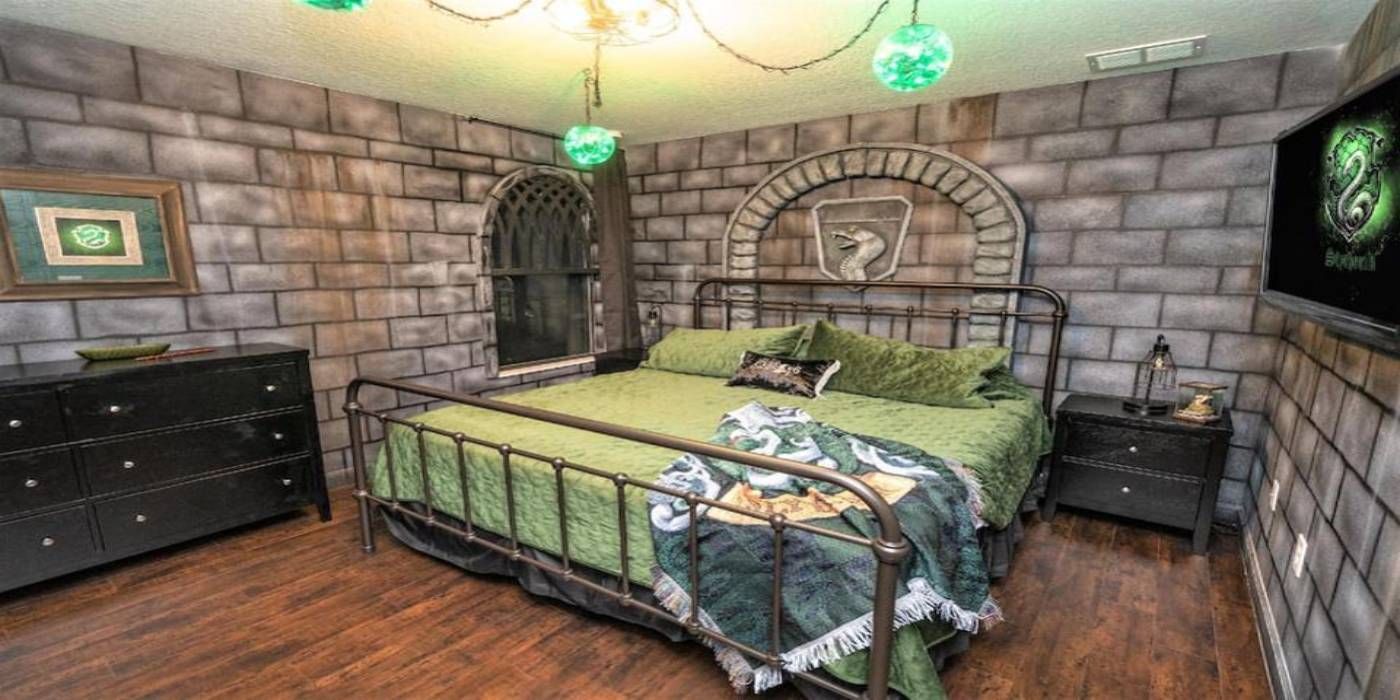 Harry Potter fans, also known as Potterheads, have a new vacation destination to check off on their bucket lists: a Harry Potter-themed Airbnb. The Harry Potter franchise has one of the most dedicated fanbases of all time that spans across the globe, despite recent controversy. While Harry Potter started out as 7-part novel series, it has expanded to an entire section of Universal Studios theme park, become a Broadway play, and a website where fans themselves can enroll into Hogwarts. Not to mention, there are plenty of fan-generated creations around the novels.

According to Forbes, the Orlando-based AirBnB, known as Wizards Way, has eight rooms that are each decorated with a certain theme making it a perfect getaway for up to sixteen Potterheads. Four of the rooms are dedicated to the four houses of Hogwarts: Gryffindor, Slytherin, Ravenclaw, and Hufflepuff. The themes of the other four rooms are the Hogwarts Express, Diagon Alley, Trelawney’s Divination classroom, and the Whomping Willow scene in Harry Potter and the Chamber of Secrets. Visitors can be sorted into rooms with the household sorting hat or lay claims on their own.

The Harry Potter fun extends beyond the bedrooms too. There is a private home theater decorated as the Forbidden Forest, as well as a Quidditch-themed game room with a pool and Foosball table. For more immersive gameplay, visitors can try their hands at a life-sized chess match by the pool. Guests are also able to dine like Harry Potter, seated at the Great Hall-inspired dining table. Not only is the house decorated like the magical series, the house has its own magic, including sound effects, smoke that blows out of the Hogwarts express, and other special effects. Despite the pandemic, Wizards Way is available for die-hard Potterheads to book their stay.

Natalie Hunter is a Freelance Writer with a passion for all things entertainment from the latest Oscar-winning movie to reality TV trash. She has written for Her Campus, Sommet Dame, and Fabriqued in addition to co-hosting podcast Write N’ Role. From acting to screenwriting to “screen ranting,” she has worn nearly every hat in the entertainment industry. She also defines herself as half Aries, half cat.