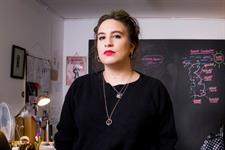 Charities must move away from “racist power plays” that portray the people they work with as victims who are unable to help themselves, delegates at Third Sector’s online Fundraising Conference have heard.

In a hard-hitting speech that concluded the two-day event, Gabby Edlin, founder and chief executive of the period poverty charity Bloody Good Period, yesterday said the voluntary sector needed to move on from the idea that people of colour would not survive without middle-class white people.

She said she was struck by how often the sector “perpetuates social inequalities at the very same time as trying to undo them” and charities should outlaw the use of certain types of images in fundraising materials.

“I don’t think any of us intended to become part of an institution that, although it certainly works hard and often feels like the lifeblood of the country, actually occasionally enforces old-fashioned values and is sometimes actively responsible for maintaining the status quo,” she said.

To illustrate her remarks, Edlin said that before she set up Bloody Good Period she saw an advert relating to period poverty that used an image of a woman of colour looking exhausted and sad.

“While it might be a proven fact that heartbreaking images do bring in the cash, the objectification of the people that we work with is beyond damaging to society and to our sector, but most of all to the subjects themselves,” she said.

“For organisations that are ostensibly there to make social change and, at the risk of sounding overly idealistic, to make the world a better place, these images might bring in big bucks.”

But she added that such images could create trauma for many other organisations, such as anti-racism charities, that “absolutely abhor the use of people of colour, constantly and without their consent, as victims”.

She said: “The disregard that the racist power play indulged by some charities – that these people can’t help themselves until you step in–- not only removes all responsibility for the damage done by colonialism and voluntourism, but also removes agency from the subjects themselves.

“We need to move on from this narrative that people of colour, these women that you see in these photos, will not survive without middle-class white people.

“These images normalise a traumatic power imbalance that frames women of colour, for example, constantly as victims, as people who have no control over their destinies and who must at all times rely on the generosity of others.”

Edlin said the women that BGP worked with not only deserved the support and the products that the charity provided, but also that they would be delivered free from obligation.

“While it is important for stories to be told, they must at every point be relayed ethically and with more intent than simple heart-string tugging,” she said.

“So with this in mind we never use traumatic stories to fundraise, no matter how lucrative that might be.”

Edlin also talked about the decline in public trust of charities and called on the sector to make “more creative, more exciting” decisions when choosing fundraising imagery.

“What if we reallocated funding to providing therapy sessions for anyone who provided us with their story?” she asked.

She also called on charities to turn down offers of coworking with “unscrupulous corporations” and instead focus on a “truly ethical fundraising strategy” that might encourage funders to work more responsibly.

Her ultimate hope for BGP, she said, was that the charity would be “done” in a maximum of 10 years and people would no longer remember the inequality that it was set up to tackle.