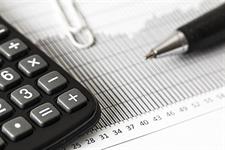 Fourteen new Sorp Committee members have been appointed to oversee the accounting rules for the charity sector across the UK and Ireland.

Joe Saxton, founder of the think tank nfpSynergy, has previously called for major reforms to the Sorp Committee, complaining that the committee had been “captured by charity finance professionals” and calling for greater transparency.

The Republic of Ireland has also joined the Sorp Committee, meaning that all four countries in these islands are now signed up to the same charity accounting rules.

Eight of the 14 appointees represent auditors, “preparers” and other organisations, the commission’s announcement said.

They include Caron Bradshaw from the Charity Finance Group, Tim Hencher of the Scottish Council for Voluntary Organisations, Gareth Hughes of the Diocese of Down and Connor in Northern Ireland, and Tom Connaughton from the Charities Institute Ireland.

Auditors appointed to the committee include Jenny Simpson from Wylie & Bisset, Carol Rudge from Grant Thornton and Daniel Chan from PwC.

Representatives of small charities in the four regulatory regions covered by the Sorp have also been appointed. They are: Diarmaid Ó Corrbuí from the Republic of Ireland; Tony Clarke from Northern Ireland; Neal Trup from England and Wales; and Michael Brougham from Scotland.

Max Rutherford, of the Association of Charitable Foundations, will represent funders, and Noel Hyndman from Queens University in Belfast will provide an academic voice on the committee.

Myles McKeown, joint chair of the Sorp Committee and the CCNI’s representative, said: “The Sorp has an important role to play in setting the accountancy standards for charities and, as highlighted by the recent governance review, it is vital the Sorp develops in a way that meets modern expectations.

“One key way to achieve this is to build a committee with as wide a representational viewpoint as possible, in particular from the individuals, groups and organisations that have practical experience of using the Sorp.”