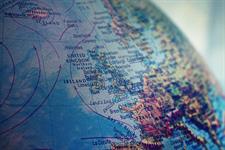 The UK is the fifth most generous country, according to figures from the funding platform GoFundMe.

A report from the crowdfunding website about donations made through it globally in 2019 shows Ireland was the most generous country overall, with the US second, Australia third and Canada fourth, based on the number of donations per capita.

The data shows that people in Edinburgh were the most charitable in the UK, based on the number of donations per capita, with Cambridge and Bath next on the list, which considered only those towns and cities with populations of more than 50,000.

Tuesday came out as the UK’s most popular day to start a fundraiser.

The site said it had handled donations totalling $9bn (£6.8m) worldwide through more than 120 million gifts since it was set up in 2014.